As you may know today is World Mental Health Day and I want to share my story about Beating Depression and Learning to Live again. 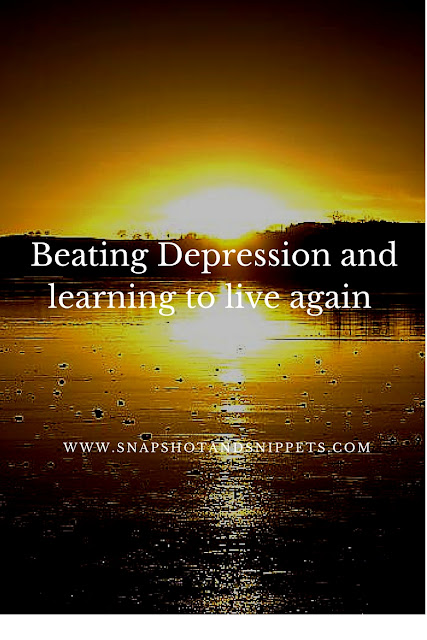 SO HOW LONG YOU HAVE BEEN DEPRESSED ?

Yes,I have depression, in fact,I was properly diagnosed three years ago with clinical depression or major depressive disorder.

WHAT TECHNIQUES CAN YOU USE FOR DPEPRESSION

So all the things that make Snapshot and Snippets are made up of coping techniques.

The biggest change though happened three years ago – despite all my methods of dealing with depression the dark days were getting more frequent and I was in a really bad place. I was scared of what I would do because once I descended there was no logical thought, there was just despair.

A friend of mine admitted to me that she has tried to commit suicide.

I didn’t want that to be me and I knew it could be.

So I walked into my doctor’s office. It was one of the scariest things I have ever done.  Having to admit I wasn’t okay mentally was tough but thankfully my Doctor listened and agreed I needed support.

My Doctor said I had been fighting too long on my own and I needed help.  This time I took my medication and it was the best decision I ever made.
I finally feel, well, normal is the best way of saying it.  I am happier than I have been in years, I still keep up with all the things I used too. Which you all know, as I write about them here, but I finally, deep down feel calm confident and good about myself.

Good enough to admit that I have depression but I deal with it – I have learned to live again. 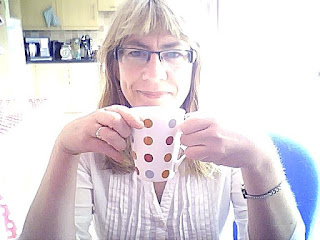 World Mental Health day is about shining a light on the stigma that is attached to mental health issues. Did you know that approximately 1 in 4 people live with a mental illness worldwide? And that simply by learning and talking more about mental health you could help millions of people around the world?

If you are struggling with depression or anxiety talk to a Doctor, a Friend, a Family member, a Teacher,

There are lots of organization that can help here in Ireland.

Aware was founded in 1985 by Dr. Patrick McKeon and a small but dedicated team of volunteers. Many of whom had their own personal experience with depression or bipolar disorder. The organization developed in response to the clear need for information, understanding, and support, both for individuals who had a diagnosis of depression or bipolar as well as family members supporting a loved one.

The Samaritans began in 1953 in London, founded by a vicar called Chad Varah. He wanted to do something specific to help people in distress who had no one to turn to.
Their number is 116 123 (ROI)

SpunOut.ie aims to educate and inform young people about the importance of holistic wellbeing. It tells them how good health can be maintained, both physically and mentally. They are great for teenagers.GROW is a Mental Health Organisation which helps people who have suffered, or are suffering, from mental health problems. Members are helped to recover from all forms of mental breakdown, or indeed, to prevent such happening. GROW, founded in Australia in 1957 by former mental sufferers, has a national network of over 130 Groups in Ireland.

Just remember no matter how much you feel it – you are not alone and you can feel better.

MY Most Popular Healthy Posts

The sun is back again finally hope nobody else los

Some people wonder why I have a bee. I am an organ

Rescued this little ones from the jaws of our cat

The Iris are starting to flower in the garden #gro

A Sink of hot water I can't describe how grateful

The radishes are here #growyourown #organicgardeni